If you’re interested in detoxing, then you need to know why you should watch what you eat. You can’t assume that everything in the grocery store is actually safe or good for you. Just like what we put on our bodies, we should be intentional about what we consume.

The FDA maintains a list of nearly 4,000 food additives. Some are okay, some aren’t so good. And that includes processing and packaging the food. It also include chemicals or fertilizers used to grow the food. And animal feed used for your meat sources.

Direct: Those products added to actually produce the food. Such as leavening for baked goods or vitamins for cereals and other foods. Sometimes this includes preservatives and texture ingredients. More on this later.

Indirect: Other substances might be present in small quantities from packaging or storage of the food. The FDA also regulates food packaging for this reason.

For our purposes today, I’ll just discuss the direct type of additives.

Not all additives are bad. Some are actually good for you.

Spices, natural and artificial flavors, and sweeteners are often used in processed foods. That’s obvious right? Anything natural is great. Some spices even have a positive effect on health. Watch out for artificially flavored foods. There are no added health benefits to adding articificial anything to our diet.

There are six high-intensity sweeteners approved by the FDA in the US: saccharin, aspartame, acesulfame potassium (Ace-K), sucralose,  neotame, and advantame.

The Canadian Medical Association published their research on aspartame, citing some long-term effects such as weight gain and increased risk of obesity. Also, those with a rare genetic condition, PKU, should avoid aspartame since it has phenylalanine. Aspartame is also suspected to be a carcinogen.

Stevia and monk fruit are Generally Recognized as Safe (GRAS) and don’t require regulation or approval.

High-intensity sweeteners are much sweeter than sucrose so take a lot less to achieve the same sweet taste.

There are natural preservatives that many food manufacturers are using these days. Tocopherol (vitamin E) is added to foods with high fat content to keep them fresh. Antioxidants are sometimes used (such as alpha lipoic acid, a natural substance) to keep other foods fresh. Let’s face it, we need some form of preservative to keep our food safe.

Some other natural preservatives are:

Some unnatural preservatives to look out for:

Today you see a lot more natural colors in foods. Beetroot powder for reds and browns. Annatto extract for yellow. Caramel for tan to brown. Beta Carotene for yellow to orange. And grape skin extract for red or green.

There are nine synthetic colors certified by the FDA. It was suspected that some caused or aggravated ADHD in children. After much research, they have ruled out artificial colors cause overactivity in children. Some people may have allergic reactions to some.

In the end, it’s better to avoid anything artificial.

There are some natural emulsifiers, thickeners, and stabilizers in foods. Examples are guar gum, agar (from red algae), Tragacanth (from the sap of astragalus shrubs), Acacia gum/Gum Arabic (from acacia trees), Xanthan gum, Karaya (from the sap of Sterculia trees).

Xanthan gum is probably the most commonly found in foods, from bacterium Xanthomonas campestris.

Some foods are made from GMOs (genetically modified organisms) or GE’s (genetically engineered). An example is the Monsanto seeds that are engineered for plants to be more disease or pest-resistant.

Some of the most common GMO foods are corn, soybeans, and cotton. But others are potatoes, squash, apples, and papayas.

There are a few positives to GE foods:

But there are also negatives:

My thoughts: I definitely don’t think it’s worth it to put good farmers out of business. Better to stay natural and organic if possible. Our environment has enough problems these days and I’m not risking my health if I have other options.

You definitely see a lot more food labels that say “Non-GMO” these days. We have a choice.

How Can You Avoid All This?

Go organic. I buy organic whenever possible. It’s a highly regulated part of the food industry. Farmers don’t use chemicals at all on organic crops. And they are more nutritious.

It’s a little bit more expensive to buy organic, but not that much more. To me, it’s a no-brainer.

As you were probably aware, there are thousands of potential additives to foods. Some are okay, they are natural. Some are questionable how they could affect our health. The FDA regulates additives but think about this. Sodium sulfites are still allowed in cured and processed meats like bacon and hot dogs, even though the EU has banned them, as causing cancer.

The best way to avoid bad food additives is to purchase and consume organic foods whenever possible. Organic foods promote the health of our planet and help farmers produce better foods.

I hope this article enlightened you in your quest to detox and stay that way. Thank you for reading! Please leave any comments or questions in the Comments section below. Thank you. 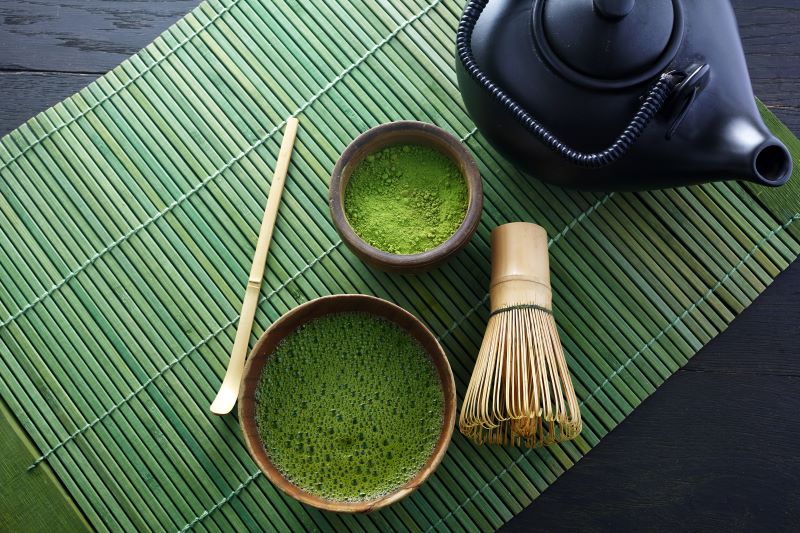